As from 1 January 2006, the CSSF will be the sole intervening party for approving the prospectuses relating to offers to the public and admissions to a regulated market of securities falling into the scope of the Prospectus Directive and for approving the simplified prospectuses relating to the offers to the public of securities that are outside the scope of Part II of the Prospectus Law of 10 July 2005.

Following its designation as competent authority for the approval of prospectuses of securities under the Prospectus Law, the CSSF agreed with the Luxembourg Stock Exchange, previously in charge, that the latter would assist the CSSF with the approval procedure. Following six months of assistance, both entities now decided that the CSSF will fulfil alone, as from 1 January 2006, the tasks relating to the approval of prospectuses, so as to make the procedure more efficient and transparent.

The Luxembourg Stock Exchange employees who worked in this field will be transferred to the CSSF. The prospectus approval process will thus continue in a consistent manner.

The major practical consequence that these changes will bring about is a straightforward communication with the persons wishing to offer securities to the public in Luxembourg or seeking admission to trading on a regulated market of securities in Luxembourg, notably under Part II and Chapter 1 of Part III of the Prospectus Law.

As a consequence of these changes, circular CSSF 05/195 of 18 July 2005 and circular CSSF 05/196 of 19 July 2005 will be repealed and their content integrated in a consolidated version that will be published before 1 January 2006. Likewise, the “40 Questions and Answers” on the new “prospectus” regime will be updated before that date. 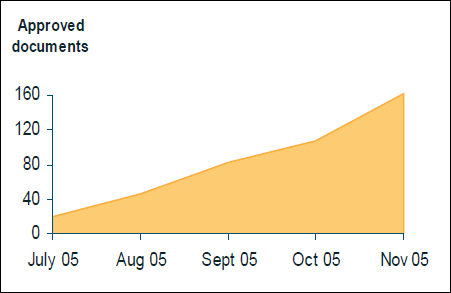 Main topic:
We use cookies to ensure that we give you the best experience on our website. By clicking “Accept all”, you consent to the use of all of the cookies. Cookie settings Accept all