On 27 June 2017, a delegation of the CSSF (Claude Marx, Claude Simon, Frank Bisdorff and Nico Gaspard) has met with 9 high representatives of the China Banking Regulatory Commission (CBRC) in Beijing. The Chinese delegation was led by Mr Wang Xhaoxing, Vice Chairman of the CBRC.

Several topics were discussed during this First CBRC-CSSF Supervisory Banking Dialogue, including recent macroeconomic developments in Luxembourg and in China, and an update on Chinese banks in Luxembourg.

Both authorities have agreed to meet on a regular basis, given the importance of the relationship between the two countries in the financial sector. At present, six Chinese banks are already established in Luxembourg, and further banks have applied for a licence or shown interest in a presence. 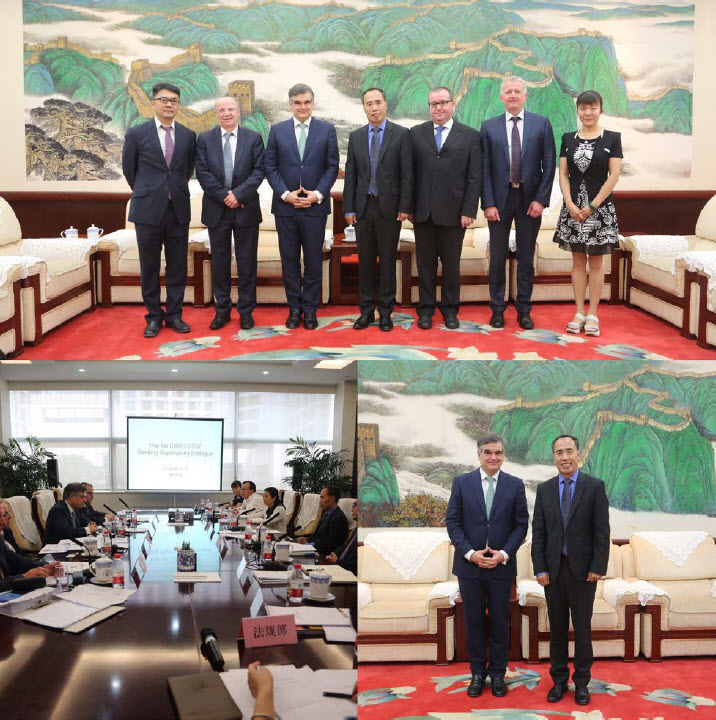