The Luxembourg UCI industry thus registered a negative variation amounting to EUR 0.576 billion in September. This decrease represents the sum of positive net capital investments of EUR 8.039 billion (+0.17%) and of the negative development of financial markets amounting to EUR 8.615 billion (-0.18%). 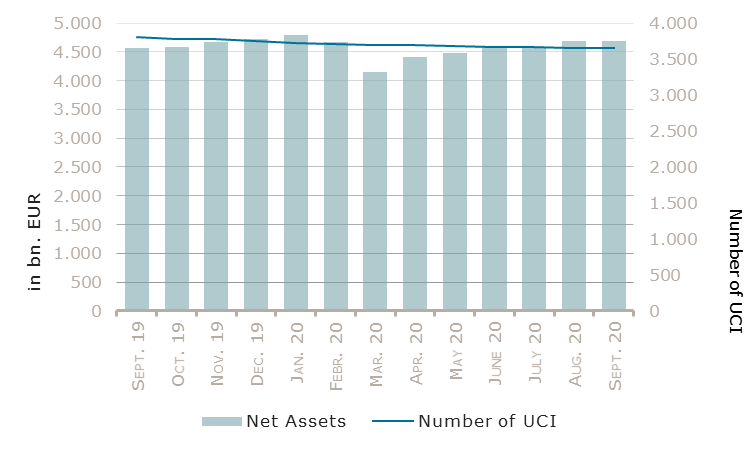 The number of undertakings for collective investment (UCIs) taken into consideration totalled 3,649, against 3,655 the previous month. A total of 2,399 entities adopted an umbrella structure representing 13,389 sub-funds. Adding the 1,250 entities with a traditional UCI structure to that figure, a total of 14,639 fund units were active in the financial centre.

As for emerging countries, the Asian equity UCI category developed sideways amid concerns that economic support measures might fall short of expectations and the ongoing US – China trade tensions, despite a V-shaped recovery of the Chinese economy. The Eastern European equity UCI category fell sharply overall on the grounds of a weakening economic recovery and the increase of COVID-19 cases in this region. The Latin American equity UCI category followed the negative trend of equity markets around the globe, in a context marked by political uncertainty, concerns relating to the weak global demand which continues to weigh on the region and depreciating domestic currencies.

Development of equity UCIs during the month of September 2020*

In Europe, the yields of high-rated government bonds fell under the impulse of growing uncertainty generated mostly by rising infection rates and possible regional lockdowns. Aided by the continuing monetary support, the yields of corporate bonds followed this downward trend despite a slight increase of risk premiums. In the face of decreasing yields and hence increasing bond prices, the EUR-denominated bond UCI category gained during the period.

US government bonds tracked fairly sideways as a consequence mainly of the political disagreement in the United States concerning the economic stimulus package and the absence of new monetary policy impulses. While US corporate bonds followed a similar pattern, the appreciation of the USD against the EUR shifted the USD-denominated bonds UCI category into positive territory.

Development of fixed income UCIs during the month of September 2020* 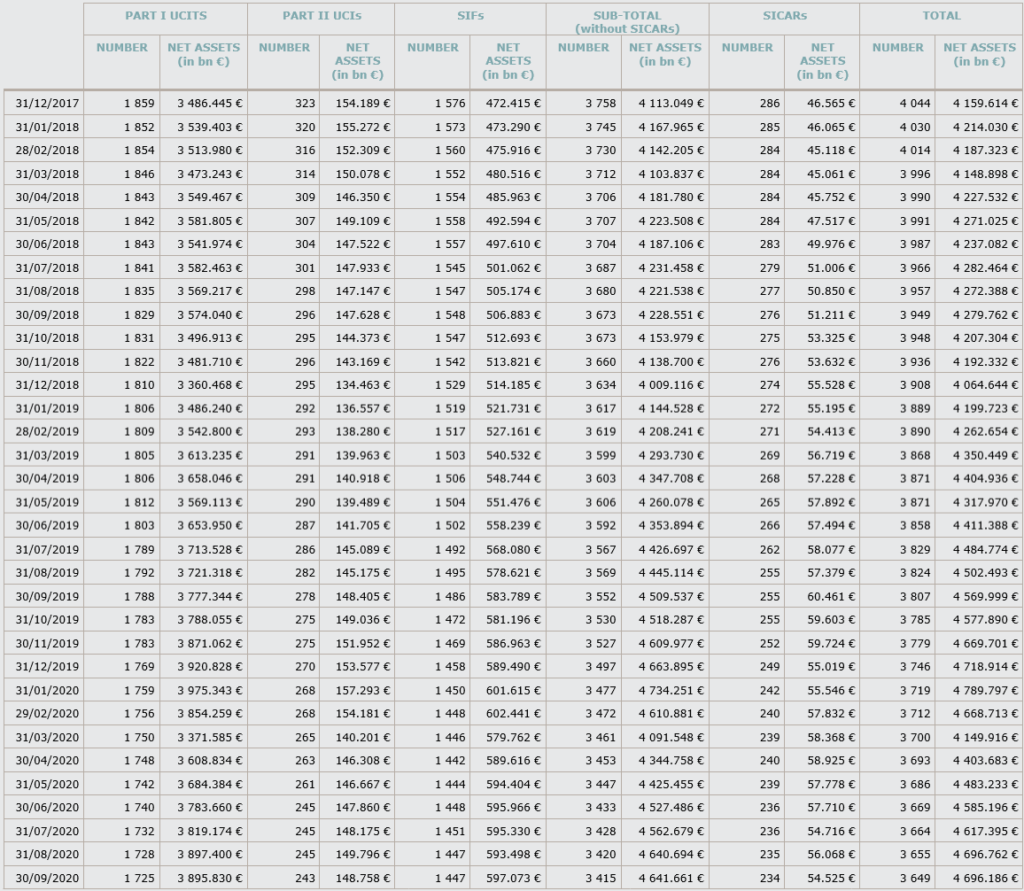