The Luxembourg UCI industry thus registered a negative variation amounting to EUR 173.366 billion in January. This decrease represents the sum of negative net capital investments of EUR 12.346 billion (-0.21%) and of the negative development of financial markets amounting to EUR 161.020 billion (-2.75%). 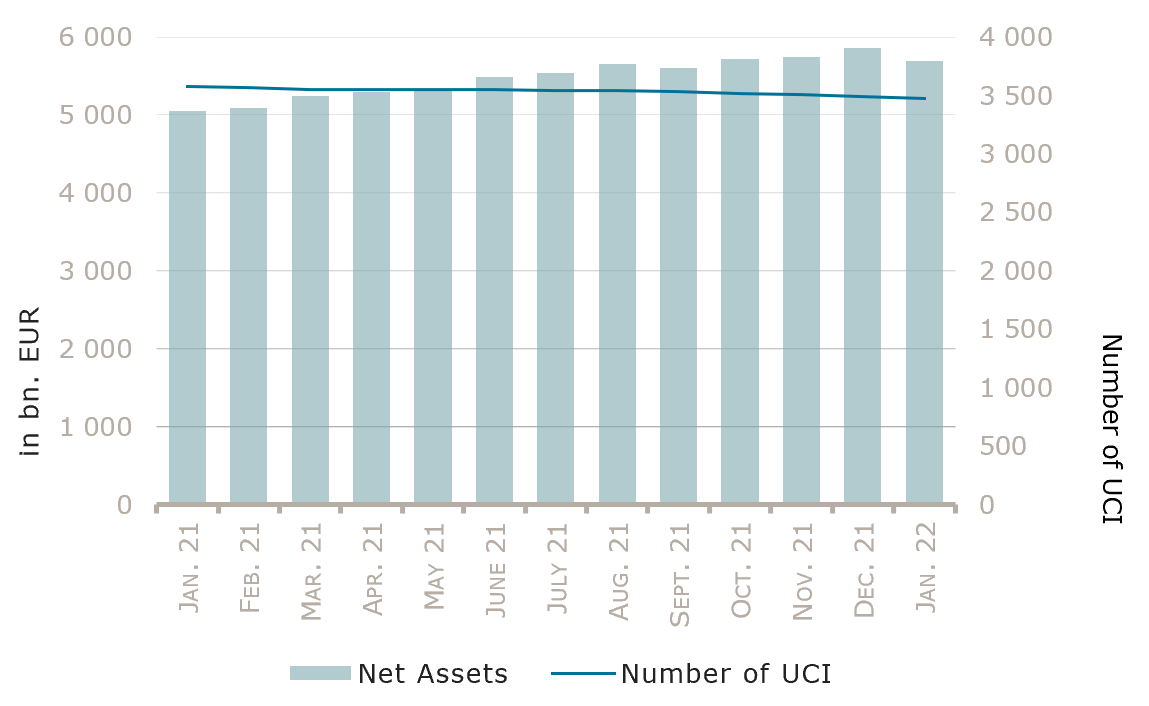 The number of undertakings for collective investment (UCIs) taken into consideration totalled 3,474, against 3,492 the previous month. A total of 2,283 entities adopted an umbrella structure representing 13,265 sub-funds. Adding the 1,191 entities with a traditional UCI structure to that figure, a total of 14,456 fund units were active in the financial centre.

As regards the impact of financial markets on the main categories of undertakings for collective investment and the net capital investment in these UCIs, the following can be said for the month of January.

In January, the Russia-Ukraine tensions and the continuing inflation concerns increased the market volatility and the equity UCI categories overall registered a negative performance whereas bond yields were rising.

Concerning developed markets, the European equity UCI category recorded losses in consequence of a deceleration of economic growth, a worsening of economic indicators, the backdrop of rising Covid-19 infections related to the Omicron variant and a higher inflation in the euro area. The US equity UCI category also realized a negative performance in January, driven by mixed economic data, global supply chain problems, the sharp and continuing pick-up of inflation and the possible tightening of monetary policy by the American Central Bank (“Fed”). The Japanese equity UCI category also finished the month in negative territory in consequence of the expectation of rising US interest rates, the impact of higher energy prices and the sharp pick-up in Covid-19 infections.

As for emerging countries, the Asian equity UCI category, despite heterogeneous developments across the region, saw a decline in overall amid concerns over the Fed’s rate hike plan, rising oil prices, global supply chain problems, geopolitical tensions between Russia and Ukraine and a slowing property market in China weighting on investor sentiment. The Eastern European equity UCI category registered losses mainly driven by the sharp decline of the Russian equity market related to the Russia-Ukraine tensions and a weakening of the Russian rouble (RUB). The Latin American equity UCI category, despite some diversity in the regional performance, achieved gains in consequence of higher commodity prices and strengthening domestic currencies.

Development of equity UCIs during the month of January 2022*

Against the background of a higher inflation on both sides of the Atlantic and potentially more restrictive monetary policies by major Central banks, long term government bond yields rose (i.e. bond prices declined).

In this context, the EUR denominated bond markets registered a rise in long term bond yields while corporate bond spreads widened, despite the ECB maintaining its relatively “dovish” stance concerning its “Asset Purchase Programs” and keeping a stable outlook for interest rates, consistent with its inflation projections below target in the long run. As a result, the EUR denominated bond UCI category finished the month in negative territory

The Emerging Market bond UCI category recorded losses as Emerging Markets bonds, despite rising commodity prices, were under pressure in January primarily on the back of the Fed’s announcement of a progressively more restrictive monetary policy, widening spreads, as well as the increased geopolitical risk between Russia and Ukraine.

Development of fixed income UCIs during the month of January 2022* 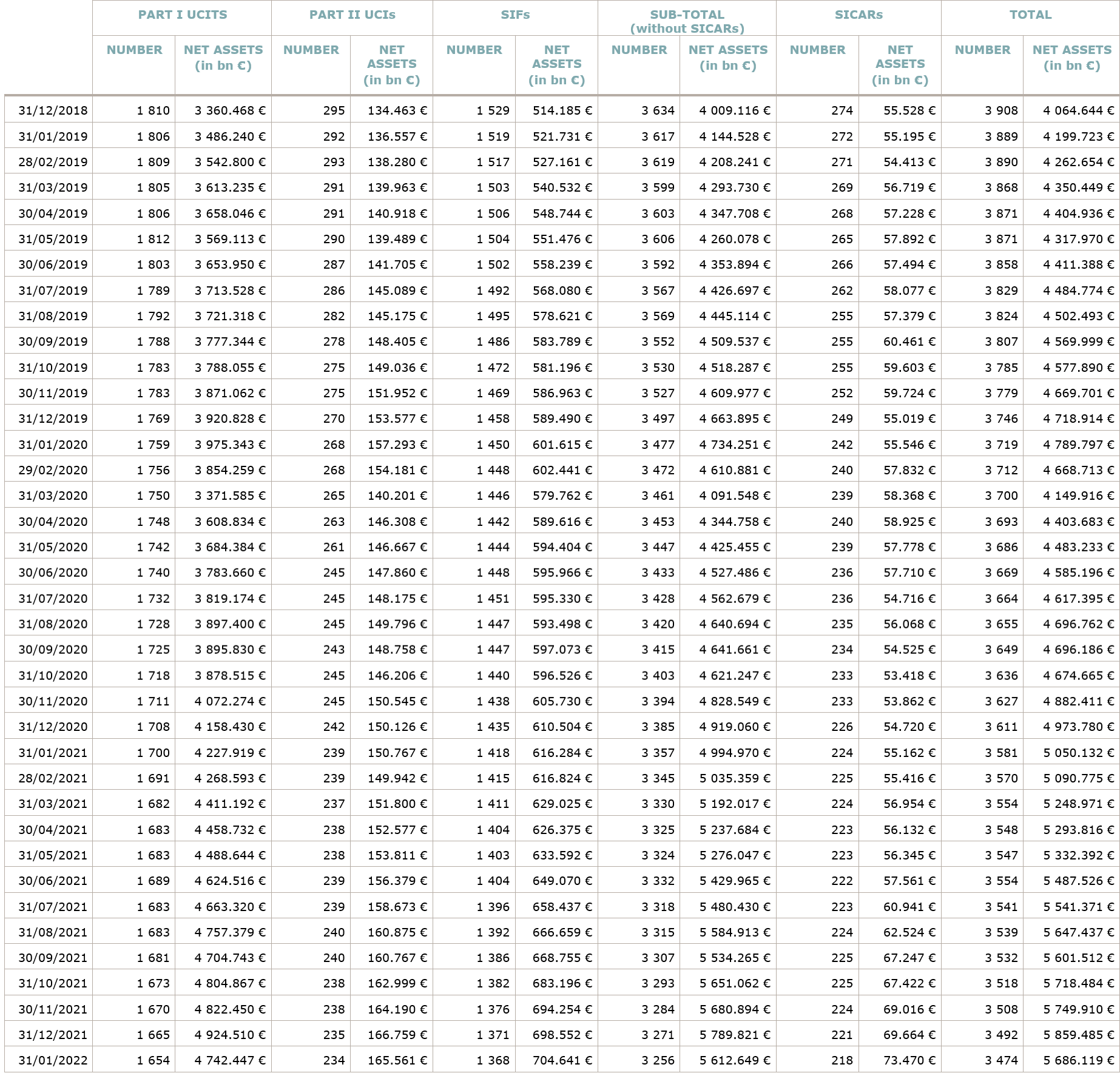 The following twenty-three undertakings for collective investment have been deregistered from the official list during the month under review:

Relevant for
We use cookies to ensure that we give you the best experience on our website. By clicking “Accept all”, you consent to the use of all of the cookies. Cookie settings Reject non essential Accept all