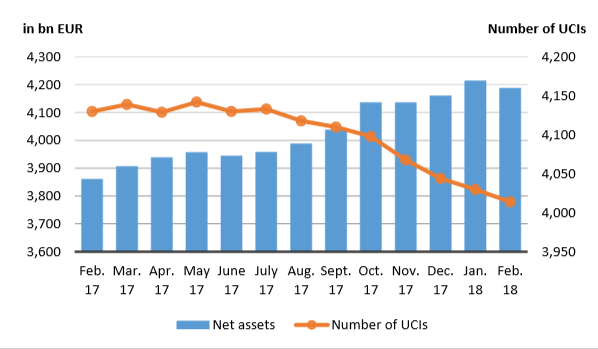 The number of undertakings for collective investment (UCIs) taken into consideration totals 4,014 as against 4,030 in the previous month. A total of 2,583 entities have adopted an umbrella structure, which represents 13,345 sub-funds. When adding the 1,431 entities with a traditional structure to that figure, a total of 14,776 fund units are active in the financial centre.

As regards, on the one hand, the impact of financial markets on the main categories of undertakings for collective investment and, on the other hand, the net capital investment in these UCIs, the following can be said about February.

The stronger than expected perspective of a monetary tightening of the US Federal Reserve following the publication of the statistics in the United States on the labour market and of inflation exceeding anticipations dominated the financial markets, entailing a fall in the equity and bond prices.

Development of equity UCIs during the month of February 2018*

As regards the EUR-denominated bonds, the increase in inflation anticipations resulted, on average, in a slightly upward trend of the yields. The yield spreads between high-rated and lower-rated countries rose somewhat, in particular due to the changing political situation in certain countries. The corporate bonds, however, changed less during the month under review, the EUR-denominated bond UCIs overall recorded slight price decreases.

Concerning the USD-denominated bonds following the publication of sound figures on the US labour market and growth inflation forecasts, investors reassessed their expectations on the monetary tightening of the US Federal Reserve, which resulted in a rise in the longer-term government bond yields. This increase in rates was more than offset by the USD appreciation against the EUR of almost 2% so that the category of USD-denominated bond UCIs ended the month in positive territory.

The general increase of yields, the rise in volatilities and resurgence of risk aversion had also a negative impact on the emerging market bonds which ended the month with negative results.

Development of fixed-income UCIs during the month of February 2018* 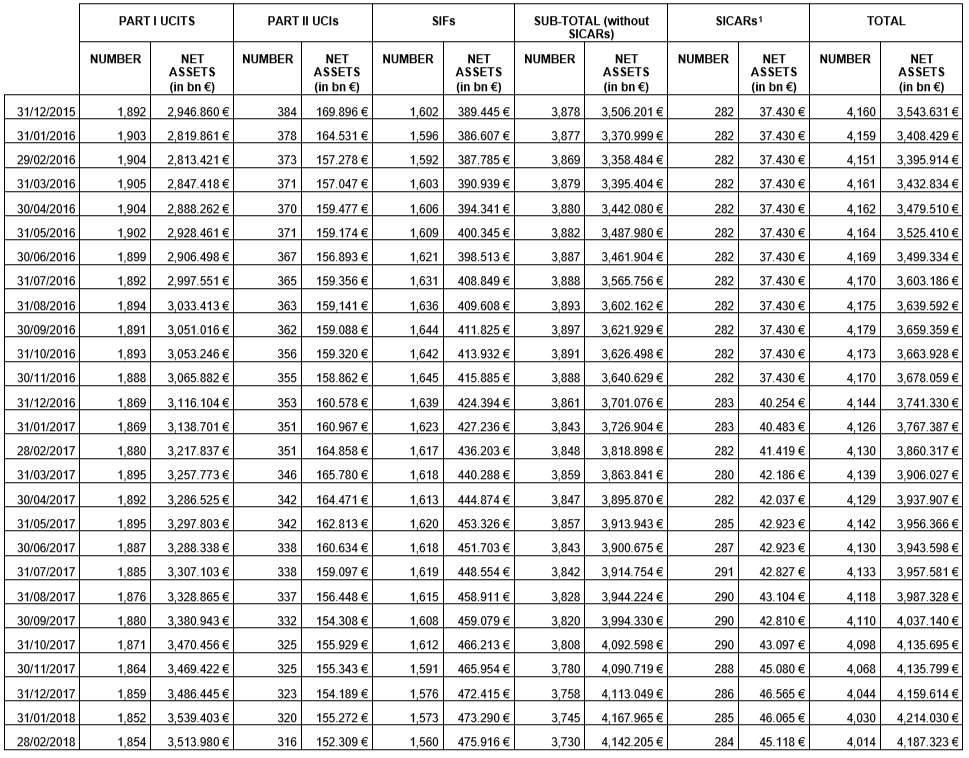