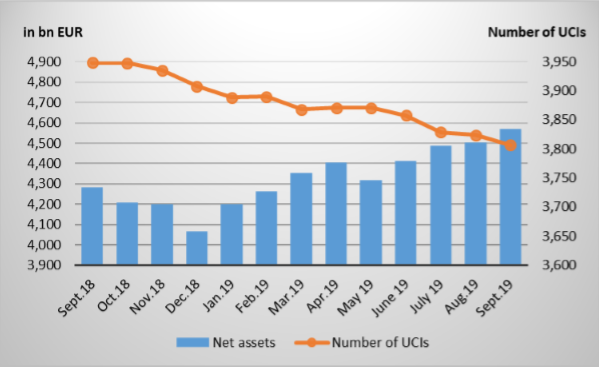 The number of undertakings for collective investment (UCIs) taken into consideration totalled 3,807 as against 3,824 in the previous month. A total of 2,494 entities adopted an umbrella structure, which represented 13,510 sub-funds. When adding the 1,313 entities with a traditional structure to that figure, a total of 14,823 fund units were active in the financial centre.

As far as developed countries are concerned, the European equity UCI categories recorded a positive performance in the context of a more accommodating monetary policy by the European Central Bank (ECB) and the announcement of the resumption of trade negotiations between the United States and China. US equity UCIs also ended the month positively, mainly under the effect of the decrease of key interest rates by the Fed that resulted from the deterioration of the US growth and the ongoing geopolitical risks. The Japanese equity UCIs developed positively as a result of the temporary trade agreement concluded between the US and Japan, notwithstanding mitigated macroeconomic indicators in Japan.

Development of equity UCIs during the month of September 2019*

The uncertainties of investors regarding the effectiveness of the new expansive monetary policy measures of the ECB globally raised the yields of government bonds within the euro area. The yields on private bonds followed this upward trend, implying a depreciation of the EUR-denominated bond UCI category.

In the US, the yields of USD-denominated bonds increased as a result of the investors’ uncertainties relating to the Fed’s future monetary policy and the less-than-expected decrease of key interest rates. This increase in yields which resulted in price losses of bonds was, however, more than offset by the appreciation of the USD against the EUR. Consequently, USD-denominated bond UCIs ended in positive territory.

The decrease in key interest rates by the Fed and by many emerging countries, the hope for improvement in trade tensions as well as the appreciation of the main emerging currencies and of the USD against the EUR explain the price gains in the category of emerging countries bonds.

Development of fixed-income UCIs during the month of September 2019* 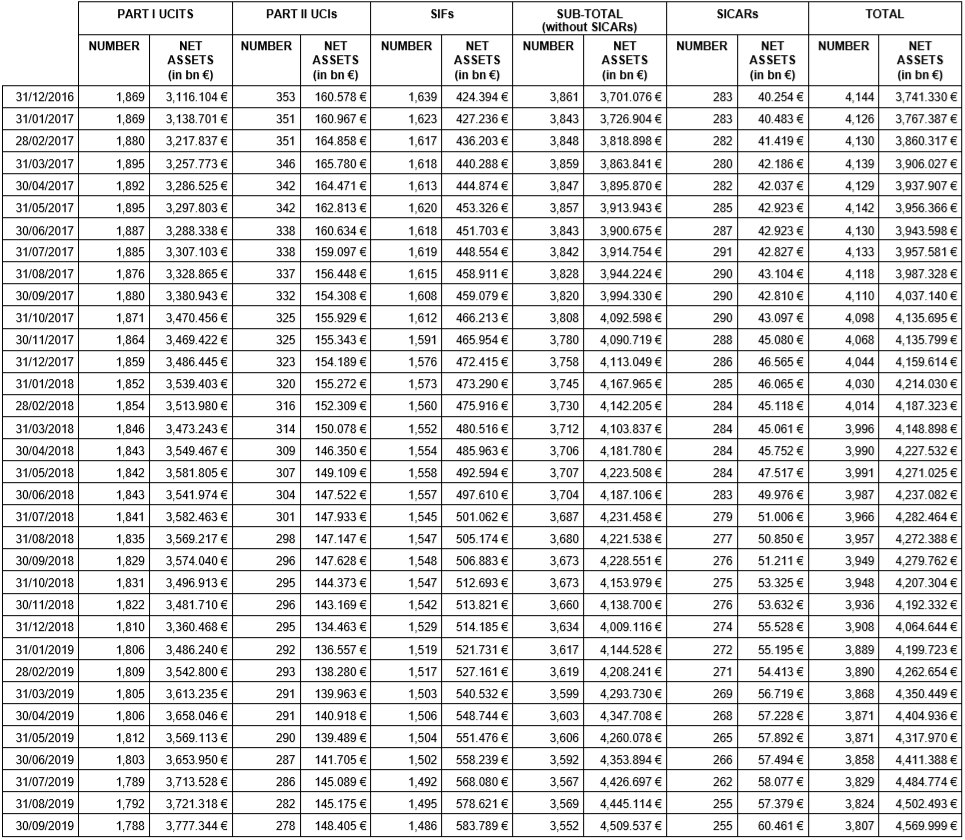 During the month under review, the following 13 undertakings for collective investment have been registered on the official list:

2 Undertaking for collective investment for which the designated management company was authorised by the competent authorities of another Member State in accordance with Directive 2009/65/EC.