Documentary and book for the 75th anniversary of the financial supervision 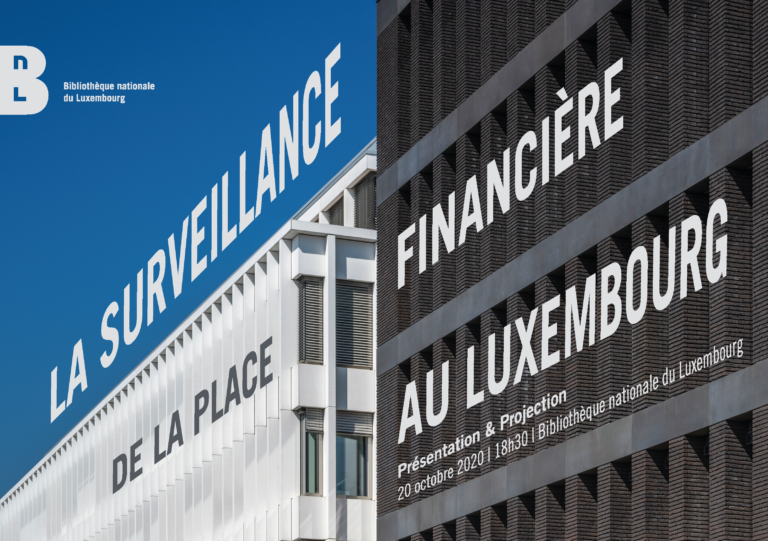 On 17 October 1945, the position of Commissaire au Contrôle des Banques (banking supervision commissioner) was created. This date marks the beginning of the modern era of supervision of the Luxembourg financial centre. In order to mark the 75th anniversary of this event, the CSSF has taken the initiative to publish a book, as well as to sponsor the production of a documentary film. Claude Marx, Director General of the CSSF, indicated: “With this initiative, we would like to contribute to the scientific research on the historical development of financial regulations and also to a better knowledge and understanding of the Luxembourg financial sector and its evolution.”

The book “Surveillance, indépendance et intégrité. 75ème anniversaire du contrôle prudentiel et de la surveillance de la place financière au Luxembourg” (Supervision, independence and integrity. 75th anniversary of the prudential control and supervision of the Luxembourg financial centre) was published by the CSSF in collaboration with the C2DH (University of Luxembourg). It contains a detailed chronology setting out in about a hundred pages the events which marked the evolution of the financial supervision in Luxembourg, the financial centre and the Luxembourg economy in general, as well as scientific papers by, among others, the historians Benoît Majerus, Benjamin Zenner and Christopher Kopper. The book will be available in bookshops and in libraries.

The documentary “La surveillance de la place financière (1945-2020): une histoire inédite! D’Iwwerwaachung vun der Finanzplaz (1945-2020) – eng onerzielte Geschicht!” (Supervision of the financial centre (1945-2020): an untold story!) (https://vimeo.com/468582098) directed by Claude Lahr and produced by PTD-Paul Thiltges Distributions looks back, through historical and personal testimonies of representatives and players of the financial centre, at the major developments with respect to the supervision. The film is also a valuable testimony on the development of the Luxembourg financial centre. It is included in the book.

The documentary and the book were presented on Tuesday, 20 October 2020, in the Bibliothèque nationale du Luxembourg, in the presence of Ms Sam Tanson, Minister of Culture, Mr Pierre Gramegna, Minister of Finance, Mr Claude Conter, Director of the Bibliothèque nationale du Luxembourg and Mr Claude Marx, Director General of the CSSF.