The Luxembourg UCI industry thus registered a positive variation amounting to EUR 106.066 billion in August. This increase represents the sum of positive net capital investments of EUR 38.011 billion (+0.68%) and of the positive development of financial markets amounting to EUR 68.055 billion (+1.23%). 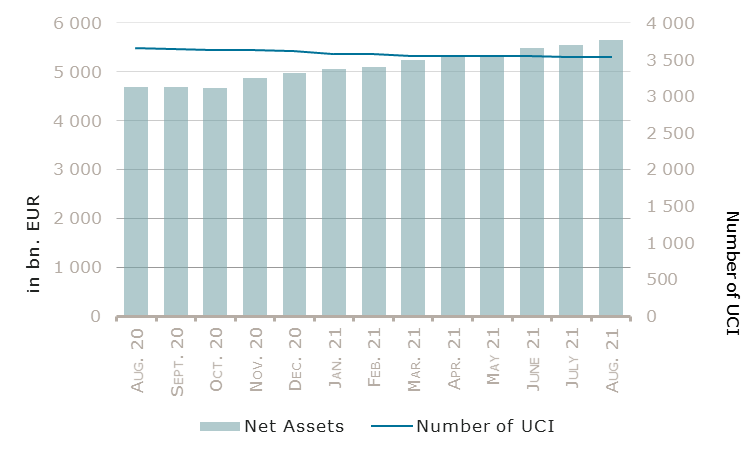 The number of undertakings for collective investment (UCIs) taken into consideration totalled 3,539, against 3,541 the previous month. A total of 2,328 entities adopted an umbrella structure representing 13,247 sub-funds. Adding the 1,211 entities with a traditional UCI structure to that figure, a total of 14,458 fund units were active in the financial centre.

Concerning developed markets, the European equity UCI category realised a positive performance in a context marked by an ongoing economic recovery, the continuing accommodative monetary policy of the European Central Bank (”ECB”) despite growing inflation and the first transfers of the European Recovery Fund (“Next Generation EU”) to EU Member States. The US equity UCI category finished in positive territory as well, supported by better than anticipated corporate results, the bipartisan infrastructure deal passing the Senate and the comments of the Chair of the US Federal Reserve (“Fed”) at the Jackson Hole meeting which were broadly perceived as dovish, while being consistent with the general expectations on a soon to come tapering of the Fed’s asset purchase program. Despite the surge of new COVID-19 cases in Japan, the Japanese equity UCI category also rose against the backdrop of positive expectations concerning growth and corporate earnings.

On both sides of the Atlantic, the yields of highly rated government bonds slightly increased (i.e. bond prices fell) against the backdrop of higher inflation, good economic data and the discussions on a tapering of the asset purchase programs of the ECB and the Fed. The yields of corporate bonds followed this upward trend. As a consequence, EUR-denominated bond UCIs ended the month in negative territory, while the slightly negative returns on USD-denominated bonds were overcompensated by the appreciation of the USD against the EUR which resulted in a positive performance of the USD denominated bond UCI category.

Despite interest rate hikes of several Emerging Market Central Banks, the Emerging Market bond UCI category rose, amid the ongoing accommodative monetary policy in the United States, a strong demand for Asian bonds, decreasing spreads and the appreciation of most Emerging Market currencies against the EUR. 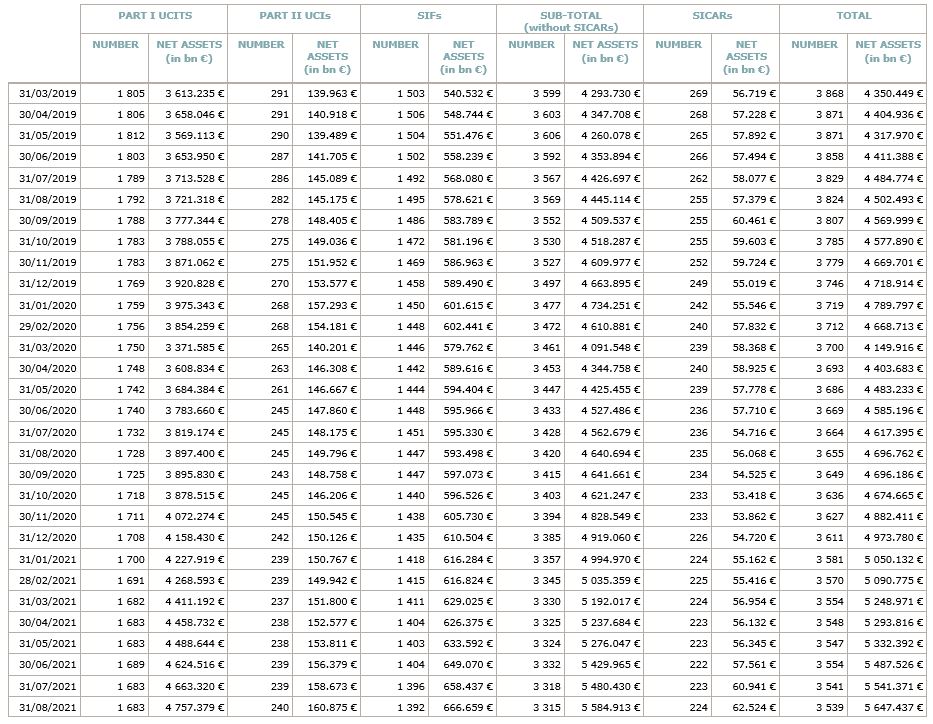