The Luxembourg UCI industry thus registered a positive variation amounting to EUR 116.972 billion in October. This increase represents the sum of positive net capital investments of EUR 31.170 billion (+0.56%) and of the positive development of financial markets amounting to EUR 85.802 billion (+1.53%). 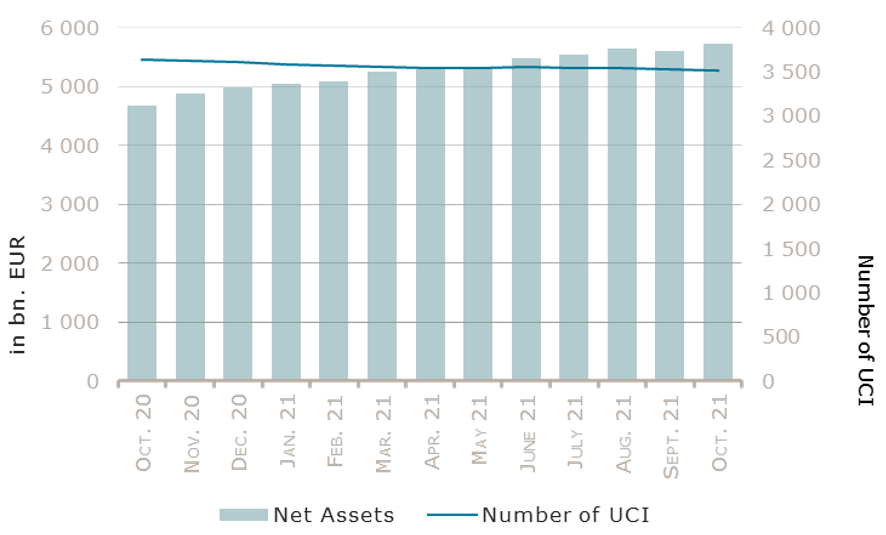 The number of undertakings for collective investment (UCIs) taken into consideration totalled 3,518, against 3,532 the previous month. A total of 2,312 entities adopted an umbrella structure representing 13,262 sub-funds. Adding the 1,206 entities with a traditional UCI structure to that figure, a total of 14,468 fund units were active in the financial centre.

Concerning developed markets, the European equity UCI category registered a positive performance supported by better than expected corporate earnings and the distributions of the EU Recovery Fund, despite persistent supply chain shortages and high inflation. The US equity UCI category gained in October, on the back of a strong corporate earnings season, the progress made on public infrastructure spending proposals, better economic data and a decrease of new Covid-19 cases. The political changes anticipated by investors in Japan following the appointment of a new prime minister, combined with a strong depreciation of the Yen against the EUR, shifted the Japanese equity UCI category into negative territory.

As for emerging countries, the Asian equity UCI category generated a robust return in overall, mainly driven by positive corporate earnings, a recovery of the Chinese property sector and an continuing decline in the number of new Covid-19 cases in many Asian countries, although higher inflation and the continuing tensions between the United States and China were weighting on investor sentiment. The Eastern European equity UCI category globally rose, largely due to higher energy prices supporting the Russian equity markets and the appreciation of the Russian rouble against the EUR. The Latin American equity UCI category fell sharply in October under the impetus of the losses on Brazilian and Mexican equity markets as well as the political uncertainties in some countries of the region.

On both sides of the Atlantic, the yields of highly rated governments bonds globally rose (i.e. bond prices fell) amid an elevated inflation, resulting in investor expectations of a less accommodative monetary policy stance going forward. The US Federal Reserve indicated that they would possibly withdraw monetary policy accommodation in light of rising inflationary pressures, while the ECB postponed their decision on how to conduct asset purchases following the end of the Pandemic Emergency Purchase Programme (PEPP) until December. On the budgetary side, the US Congress managed to avoid a shutdown by fixing a new deadline in December. Against this backdrop, the yields of US investment grade (IG) corporate bonds followed the upward trend of highly rated governments bonds, while the yields of EUR IG corporate bonds decreased moderately. Overall, the EUR and USD denominated bond UCI categories finished the month in negative territory. The depreciation of the USD against the EUR further exacerbated the negative performance of the USD denominated bond UCI category.

The emerging market bond UCI category fell in October on the grounds of rising inflation and yields, a divergent development of emerging market currencies and idiosyncratic risks, despite the growth recovery in emerging markets and increasing oil prices. 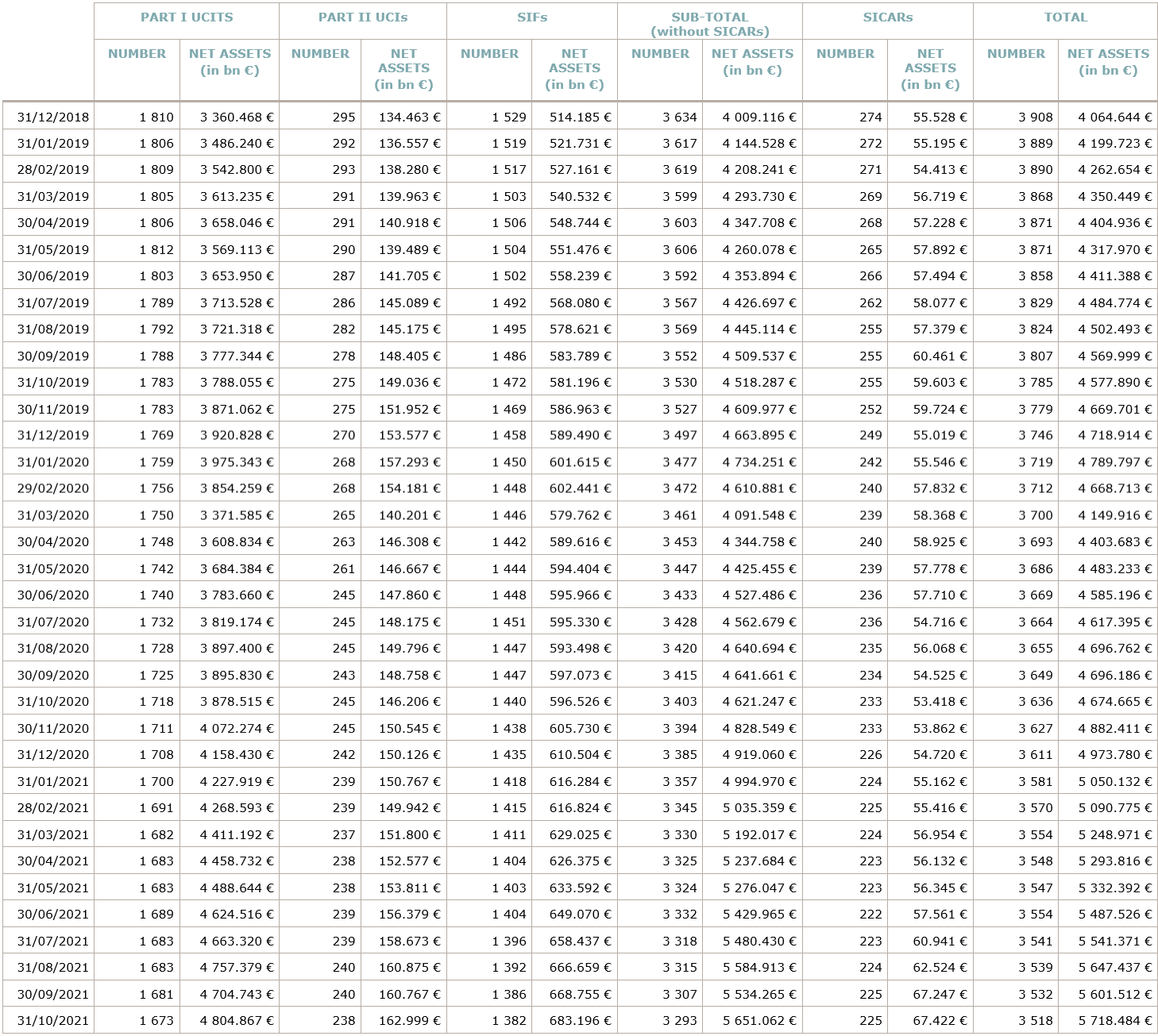