The Luxembourg UCI industry thus registered a positive variation amounting to EUR 44.845 billion in April. This increase represents the sum of positive net capital investments of EUR 29.457 billion (+0.56%) and of the positive development of financial markets amounting to EUR 15.388 billion (+0.29%). 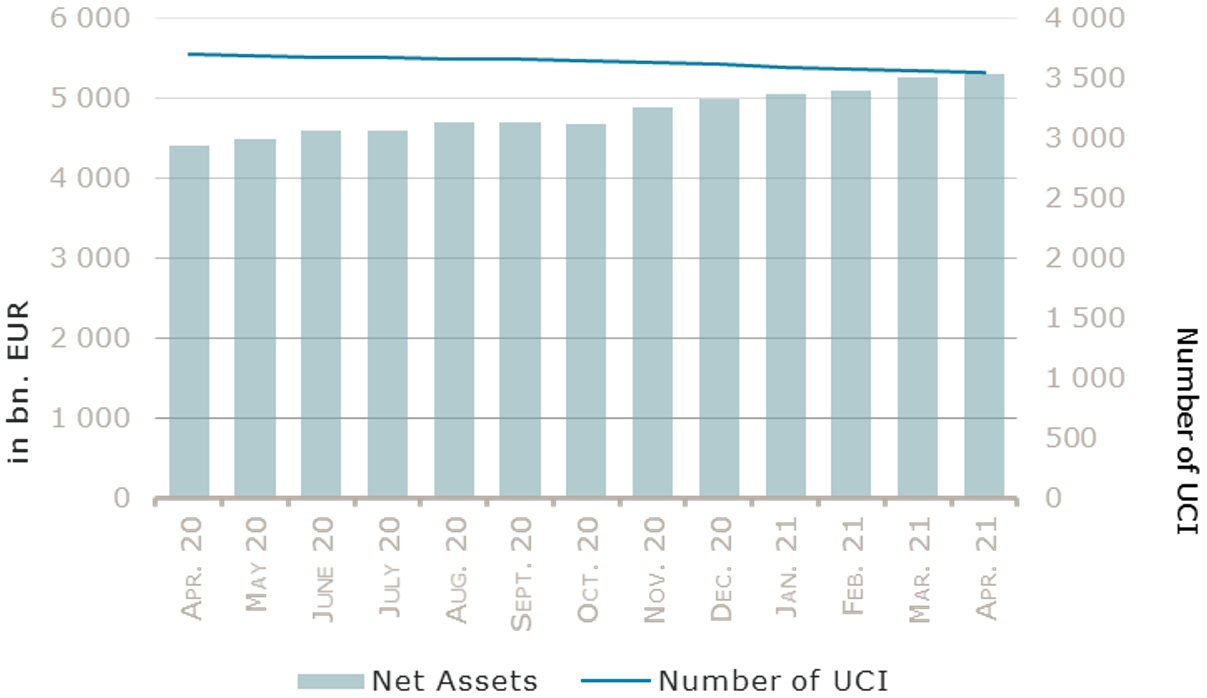 The number of undertakings for collective investment (UCIs) taken into consideration totalled 3,548, against 3,554 the previous month. A total of 2,341 entities adopted an umbrella structure representing 13,310 sub-funds. Adding the 1,207 entities with a traditional UCI structure to that figure, a total of 14,517 fund units were active in the financial centre.

As regards the impact of financial markets on the main categories of undertakings for collective investment and the net capital investment in these UCIs, the following can be said for the month of April:

Most equity markets registered a positive development during the month under review in a context marked by improved global macroeconomic data and continuous policy support, while the spreads between US and European government bond yields contracted.

Concerning developed markets, the European equity UCI category performed well, supported by the partial reopening of the economies as the vaccination campaign begins to gain traction, better than anticipated corporate results and improved economic indicators. The US equity UCI category rose as well against a backdrop of good corporate results, positive macroeconomic data, the prospect of extensive fiscal stimulus packages and a rapid vaccination roll-out in the US, albeit a partial compensation of the gains on US equity due to the substantial depreciation of the USD against the EUR. The Japanese equity UCI category finished the month in negative territory amid rising reinfection rates, a mixed start of the corporate earnings season and the depreciation of the JPY against the EUR.

As for emerging countries, the Asian equity UCI category tracked sideways overall, in reaction to the recovery of the world economy and a weaker USD on one hand and the tensions between China and the United States on the other hand. The Eastern European equity UCI category registered a positive performance on the grounds of better global macroeconomic data and the vaccine roll-out in Europe, while the geopolitical tensions in the region continued to weight on these markets. The Latin American equity UCI category rose in April, supported notably by increasing commodity prices.

As for EUR-denominated bonds, the yields of government bonds slightly increased (i.e. bond prices fell) on the back of the vaccine roll-out as well as the rising growth and inflation expectations, while the European Central Bank pursued its Pandemic Purchase Emergency Program (PEPP). The yields of investment grade corporate bonds moved sideways, while risk premiums compressed. Overall the EUR-denominated bond UCI category realised a negative performance in April.

Concerning US government bonds, the yields of Treasuries decreased in a context marked by the ongoing strong monetary policy support, despite the good macroeconomic data and expectations of rising inflation which were already priced in the bond prices. US corporate bond yields followed this decreasing trend leading to higher bond prices, but the significant depreciation of the USD against the EUR shifted the USD-denominated bond UCI category in negative territory. 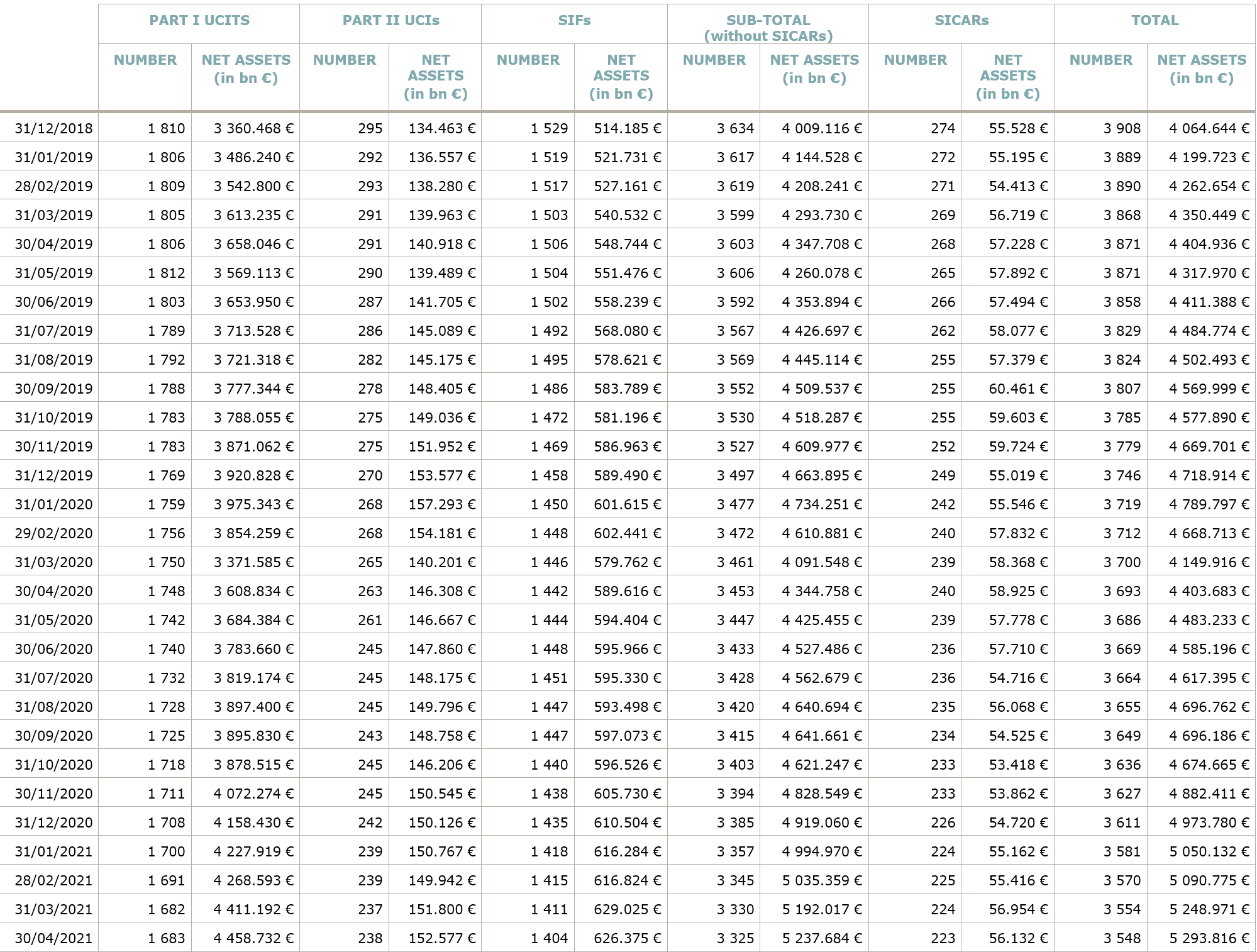