The Luxembourg UCI industry thus registered a negative variation amounting to EUR 21.521 billion in October. This decrease represents the sum of positive net capital investments of EUR 3.375 billion (+0.07%) and of the negative development of financial markets amounting to EUR 24.896 billion (-0.53%). 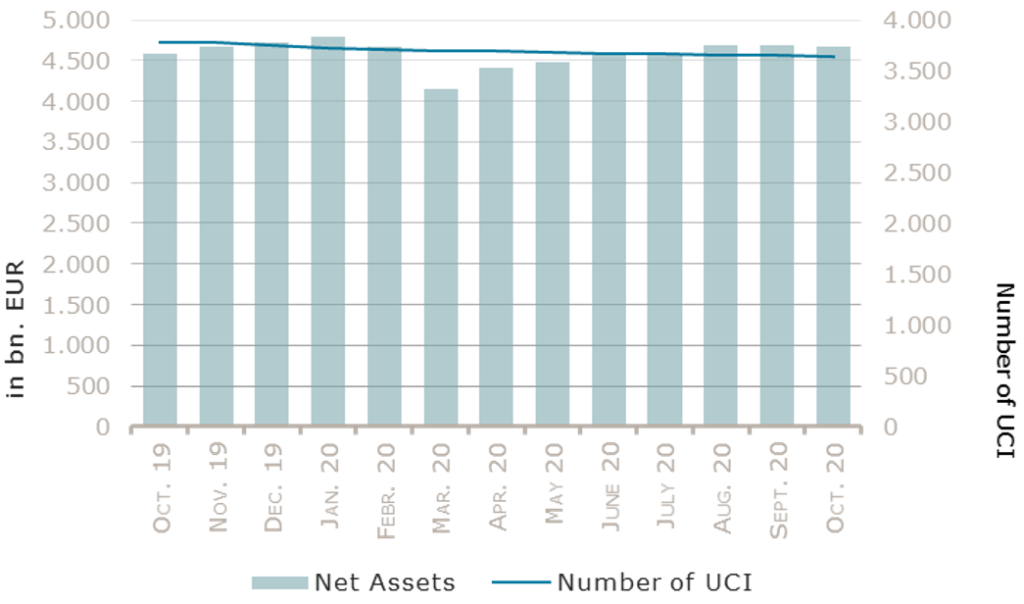 The number of undertakings for collective investment (UCIs) taken into consideration totalled 3,636, against 3,649 the previous month. A total of 2,390 entities adopted an umbrella structure representing 13,353 sub-funds. Adding the 1,246 entities with a traditional UCI structure to that figure, a total of 14,599 fund units were active in the financial centre.

As far as developed countries are concerned, the European equity UCI category has registered negative returns on the grounds of a deteriorating economic outlook resulting from a sharp resurgence in COVID-19 infection rates and the reintroduction of lockdown measures in several European countries. The US equity UCI category saw a decline as well amid the political disagreement on new fiscal stimulus measures, rising infection rates in many US states and uncertainties over the upcoming presidential election, in spite of a better-than-expected third-quarter corporate reporting season and improving economic data. While the COVID-19 virus remained more contained in Japan and despite better economic data, the Japanese equity UCI category fell largely due to concerns on a renewed economic downturn particularly in the US and Europe.

As for the EUR-denominated bond UCIs, the yields of long term highly rated government bonds decreased (i.e. prices increased) in reaction mainly to the deterioration in the economic outlook due to the resurgence of infection rates and new lockdown measures taken in several EU countries. The yields of lower-rated Government bonds of peripheral countries fell as well, supported by the anticipated implementation of the European Recovery Fund and the expectation of additional monetary policy measures. Investment grade corporate bonds followed this downward movement in interest rates, while risk premiums increased moderately due to a higher risk aversion. All over, the EUR-denominated bond UCIs category registered a positive performance.

Despite a prevalence of the pandemic in the US and the resulting uncertainty on US equity markets, the yields of USD-denominated government bonds slightly rose as polls indicated an increased likelihood of a Democratic win in the upcoming presidential election, raising hopes for an extensive fiscal stimulus package. The yields of US investment grade corporate bonds followed this upside movement, shifting the USD-denominated bonds UCI category in slightly negative territory.

The Emerging market bonds UCI category tracked more or less sideways overall, in a context marked by the uncertainties concerning the US elections, the resurgence of the infection rates in many emerging countries and the divergent evolution of emerging market currencies. 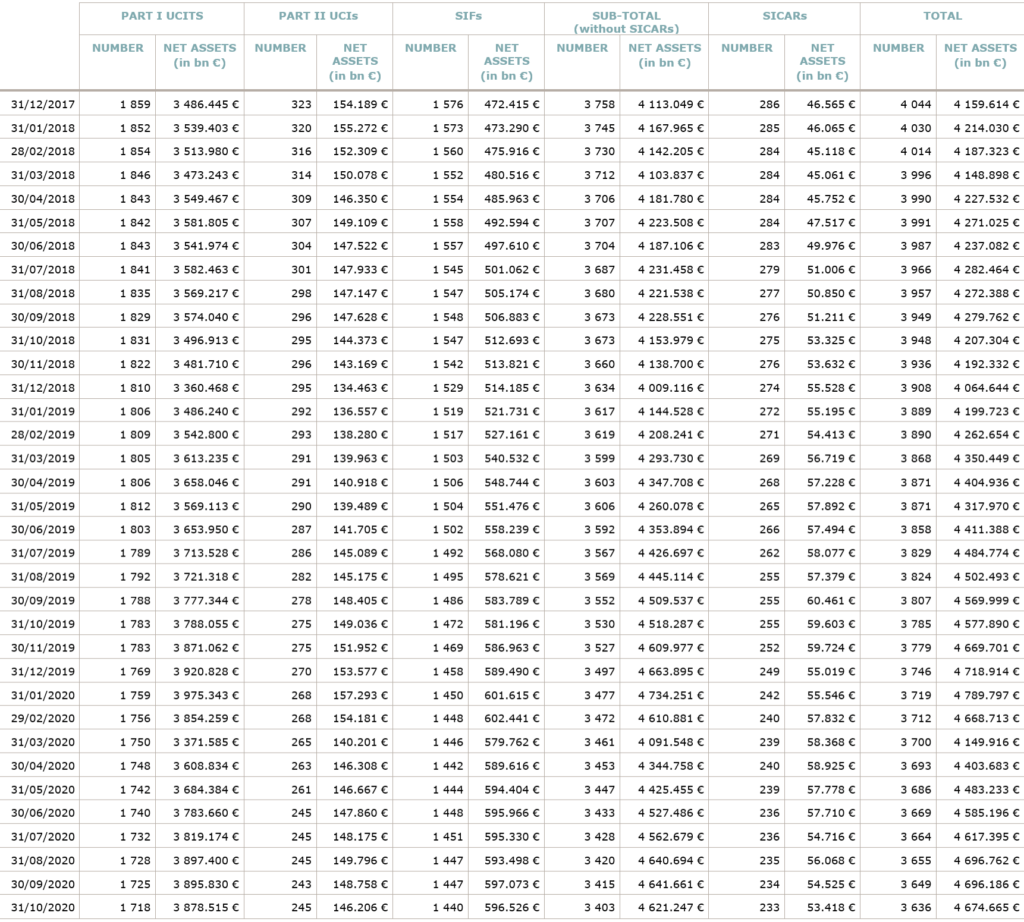